Happy New Year! I hope you all enjoyed time with your families that did not include any discussion about the college process.

Those of us involved in college counseling traveled a bumpy road this holiday break. Some students had to put off their college-related tasks, while others were forced to activate back-up plans after deferrals from Early Decision and Early Action schools. But as I often remind parents, It always has a happy ending.

Following Early Decision week, Frank Bruni of the New York Times wrote “The Plague of ‘Early Decision,’” in which he asserted that Early programs benefit colleges but penalize lower-income students who need to compare offers of financial aid. In fact, he refers to Early programs as a “special and especially disturbing part of the frenzy.” After sharing that Williams College accepted 47 percent of the Class of 2021 through ED, Bruni states, “ . . . I wonder how many felt rushed to identify Williams (or Duke or Vanderbilt or Colgate) as their truest love.”

To parents who might agree with Bruni’s message but have a child’s future to consider, there is much to appreciate about Early Action and Early Decision programs. A successful candidate can spare a family months of anxiety, not to mention application fees. But Early programs are only right if the particular college is a clear first choice.

If your student is deferred from an Early program—or waitlisted in the spring—there is a specific way of communicating with college admissions reps. Talk to me for details. 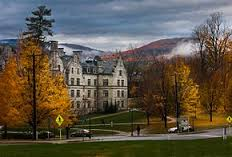 Need aid on financial aid? Helpful information is included on the Federal Student Aid website.There will also be webinars to help you and your student later this month, including Financial Knowledge for College; Getting Ready for College; and Get Your Questions Answered.

Colleges seek to attract and retain the best students possible and many, even those who pin their identity on liberal arts, want to know that their students are sought after by employers after graduation. Interestingly, the Atlantic believes that “Colleges Need to Rethink the Career Advice They Deliver.” According to research cited in the article, only about half of grads reported having visited their career office while enrolled. Moreover, a significant amount of those who had availed themselves of career services found the assistance lacking, especially those who had significant student debt.

A Larger and Still Restrictive Yale

Powerhouse Yale is set to increase its freshman enrollment. In a Washington Post article, the institution shared its plans for a new residential college to open in August, allowing 15 percent growth in the freshman class. (Expansion is the result of a $250 million gift and an additional $500 million in funds raised.) According to the article, Yale is committed to increasing course offerings and student services while still keeping class sizes small. Last year, it admitted 6.7 percent of applicants. 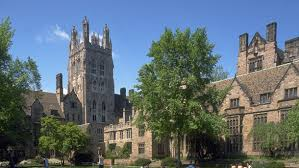 Yale is expanding. But don’t count on admissions being less selective!

Scholarships? Show Me the Scores!

Students hear the message: Keep the GPA high, as it nearly always is the most important factor in the admissions decision. In an article in Teen Vogue, Mark Kantrowitz, college financial aid guru (not fashionista), stated that a student having an unweighted GPA of 3.5 or more is more than twice as likely to receive a private or merit-based scholarship. (That is not to say that all scholarships ask students for their GPA; rather, students having that 3.5 are more likely to receive a scholarship offer. The same goes for students having at least a 30 ACT.)

“Unexpected fees can wreck family finances.” So says Rochelle Sharpe in “Those Hidden College Fees,” which appeared last month in the New York Times. The names of these fees—and the ways in which they are used—may surprise you. At Rutgers, for example, a dance appreciation fee was found to actually fund building renovations and equipment.

If your student took the PSAT in October, you should have seen a College Board report by now. Remember that in most cases, the results are most useful for benchmarking purposes. Be sure your student picks up his or her original test booklet, as it’s an excellent source of prep.

To parents who fret over the SAT and ACT: your student may not have to suffer! There are many test-optional colleges, including Wesleyan, Bowdoin, GW, Wake Forest and Earlham. These colleges have decided that they are just fine making the admissions decision without the scores. Nevertheless, I still recommend the SAT and ACT during junior year since students never know where they may apply or which college might use scores to determine merit aid. While there is a long list of test-optional colleges, this article in Money provides a good overview.

Here’s to happy endings for 2017 graduates!

Parent of an ADHD Student? What to Ask When Touring Colleges

For College Applicants, the Wait is Finally Over. April Fool!