From coast to coast, there’s action on the college front. Here’s what’s going on:

No trip to the West Coast would be complete without checking out some colleges, right? So in the early morning chill on Monday, I journeyed to Stanford, where I walked around the Main Quad when only the athletes were up and training. 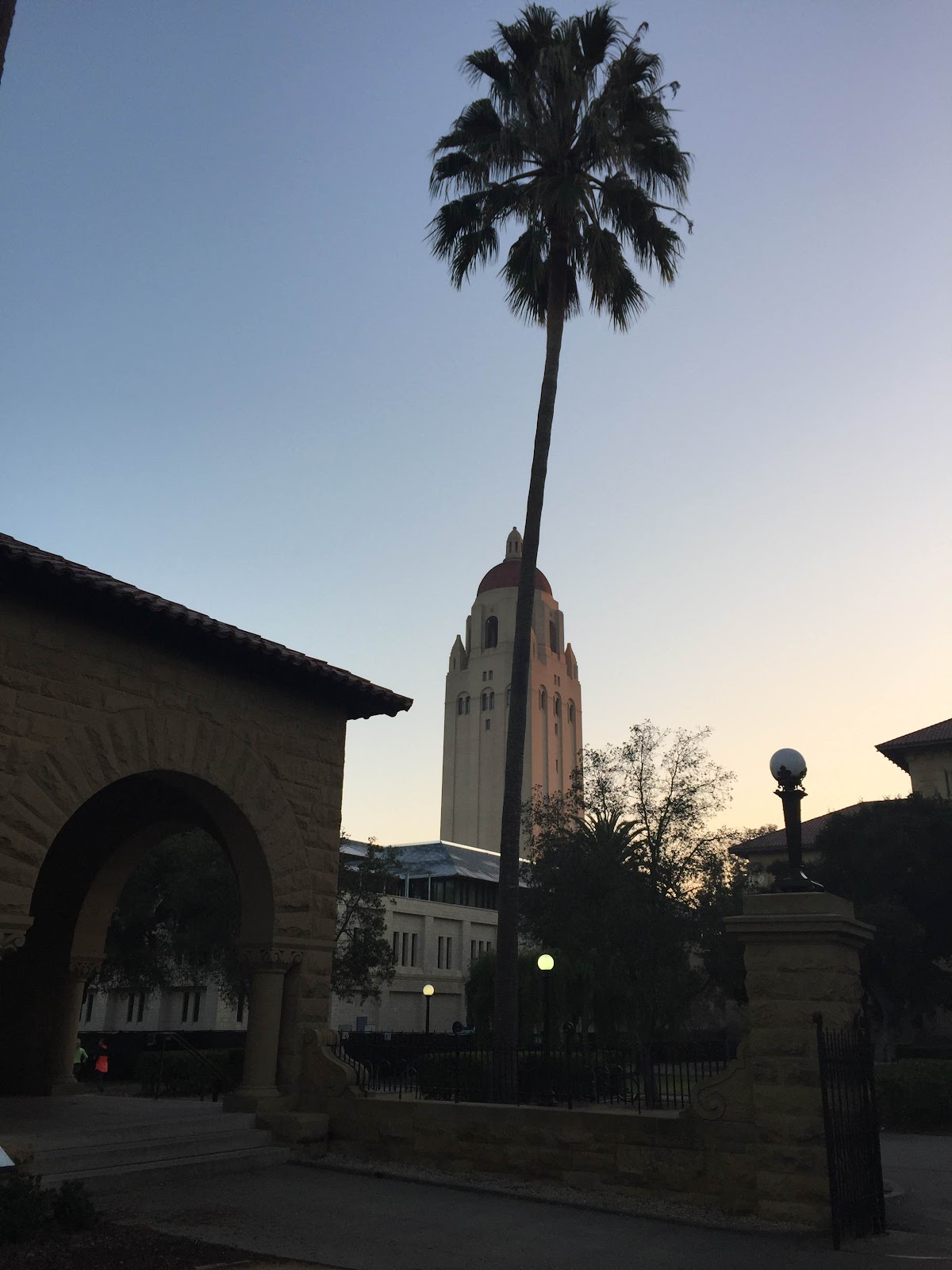 Stanford in the morning light

The university has a spectacular Spanish-style campus to match its reputation. It also has the nicest pool (Avery Aquatic Center) I’ve seen at a college, and with the Olympic stars it educates (e.g., Katie Ledecky), that’s no surprise.

But who’s getting in? Stanford admitted a mere 4.69 percent of its applicants to the Class of 2020. The admissions office says it focuses on “academic excellence, intellectual vitality and personal context” and that it places no weight whatsoever on demonstrated interest (i.e., repeatedly showing love and interest for Stanford). Its supplemental essay questions weren’t nearly as difficult as others this year. Parents whose children are not recruited athletes should know that the road to Palo Alto will be far more than bumpy. Still, it’s worth a trip to campus when in the area.

After going to Stanford, I stopped in at a much smaller institution, Santa Clara University, which refers to itself as “the Jesuit university in Silicon Valley.” It’s no coincidence that SCU graduates are engineers and entrepreneurs in the making, and the school is getting increased interest from East Coast students having the appropriate goals. Santa Clara’s accepted-student scores are strong (GPA 3.7; ACT 27-32). 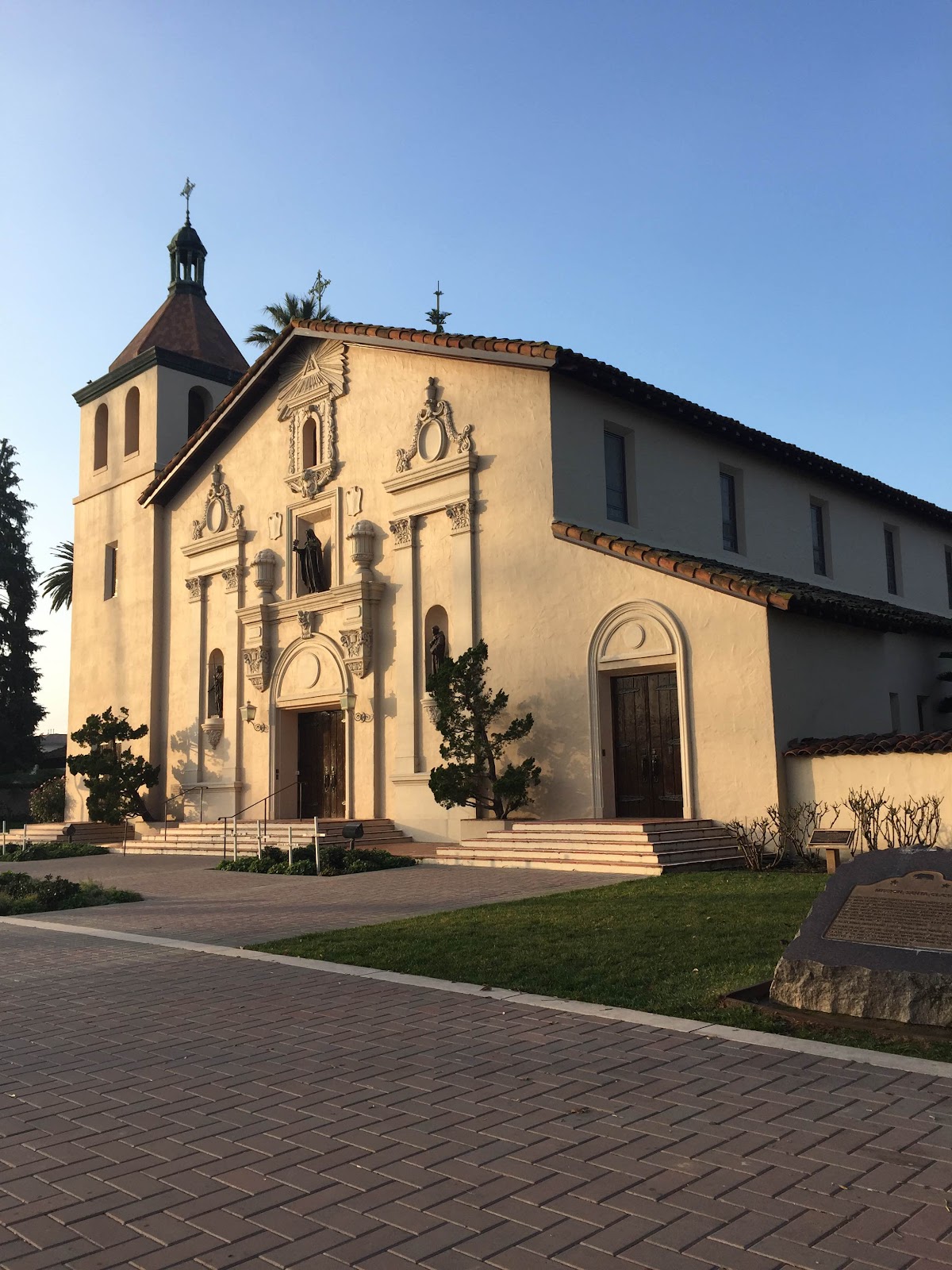 Santa Clara University: Combining looks from the past with tech for the future

Or Take the Train to NYC

In contrast, students who want or need to stay close to home have some very viable alternatives with very different images. This week, the New York Times published “America’s Great Working-Class Colleges.” The author explained the strength these colleges (e.g., Baruch, Pace) have in propelling individuals forward, stating, “They remain deeply impressive institutions that continue to push many Americans into the middle class and beyond — many more, in fact, than elite colleges that receive far more attention.” We learn that if lower-income students attend elite colleges, their earnings can be about as much as their affluent peers. Still, their access to elite colleges is not great. According to John Friedman of Brown, one of the study’s authors, “Because the elite colleges aren’t fulfilling that responsibility, working-class colleges have become vastly larger engines of social mobility.”

In many of these posts, I explain that standardized testing, while not as crucial in the admissions process as it once was, is nevertheless important. What’s more, a good test result may result in merit aid. Since it’s mid-January, juniors should be signing up for their first SAT and ACT. If they had a good PSAT result, they should take the SAT on March 11; otherwise, May 6 allows time for prep. The April 8 ACT date is good for all juniors except those going to Iceland, in which case June 10 is the target date. Testing resources include:

I’ve been receiving mail for summer programs. Are they worth it?

Great question! I, too, am receiving many pieces of mail about summer programs. The current stack includes: Stevens Pre-College; GW Pre-College, credit and noncredit; Youth and Teens at Parsons, Mannes, and Lang; and Wash U Middle and High School Summer Experiences. But colleges really understand that most families don’t have the cash for these costly programs, and they can’t give students any preferential treatment for attending them. In a Washington Post article, Ray Ravaglia, former associate dean for precollegiate studies at Stanford, wrote:

“I saw parents laboring under two fundamental misconceptions – ‘truths’ garnered from other parents and popular wisdom that drove decisions they believed would help their children “get in,” but which, instead served only to accelerate the anxiety treadmill . . . The reason such programs are so common is not because colleges are worried about empty heads, they are worried about empty beds.”

That, however, is not to say that some education locally can’t be extremely valuable. I remember my son’s trek to New York to attend day classes, first at Parsons and later at NYU and Columbia. He learned to commute by himself, find out about career options, and travel around town with students from an array of backgrounds. Or try programs now run by Ravaglia at The School of the New York Times. Some feature Alan Katzman, founder of Social Assurity! (I wrote about Social Assurity in a recent forbes.com post.)

Speaking of solicitations, my child’s getting lots of mail from colleges. Are they serious about her?

Colleges get names should students choose to opt-in to College Board’s Student Search Service before taking a test (e.g., PSAT). According to College Board, all solicitors are accredited colleges and universities or nonprofit educational entities. Your student might even hear from Harvard, but don’t mistake it for genuine interest. Harvard can afford the mailing costs.

Have a good weekend. Email me and let me know about your college travels.

For College Applicants, the Wait is Finally Over. April Fool!