The Olympics are wrapping up this weekend. No more hype and outcomes we can’t control! And while we can’t control students’ admissions decisions, we can approach the process as educated consumers.

No-Fear Naviance
Parents often speak to me about their discomfort with Naviance, and the reason is always the same: Naviance seems to have “predicted” that their student lacks the credentials to gain admissions to the college of their choice. In “Scattergrams and College Admissions,” Will Geiger, co-founder of Scholarships360, explains, “Though Naviance scattergrams are one of the most common tools that high school counselors use to help demystify the ‘what are my chances’ part of the application process, they should be used mindfully.” Geiger states that while “scattergrams don’t predict the future, but they do help you build a balanced college list.”

Undecided?
Sometimes applicants have a passion for a particular academic discipline or extracurricular activity, but that’s more the exception than the norm. So it was with great interest that I read “Why Teens Need a Sense of Purpose” in the Wall Street Journal. According to author Clare Ansberry, “About 20% of teens are considered purposeful, which means they have identified something that really matters to them and are doing something about it.” Very often, Ansberry notes, students don’t think about purpose until (you guessed it) writing the college essay. To help students with self-discovery, Claremont’s Kendall Bronk has created a toolkit as part of her Fostering Purpose Project.

College Visits
At this time of year, I meet with families and help them map out appropriate college tours. This week in the Huff Post, Ann Brenoff shared “5 Questions You Should Ask on a College Tour (But No One Ever Does).” Brenoff suggests bringing up the four-year graduation rate, asking how many grads find jobs quickly, finding out what percent of the entering class is admitted early (really important), asking about yield (i.e., who attends of those accepted) and showing demonstrated interest (which you’d do by registering with the admissions office or sending a note).

What does an admissions director advise? Tulane’s own Jeff Schiffman adds his insight in Daytripper University. His tips include visiting at the right time, chatting with students other than your tour guide, eating in the dining hall, arriving on campus with in-depth questions and connecting with the admissions office.

Speaking of Tulane, who doesn’t want to get some sweet treats in a place like New Orleans? This week, I met up with Moira McCullough, founder of Sweet Travels. If you go to Moira’s page and check out the Tulane section of College Scoops, you can find out about sweet bites like District Donuts, restaurants such as Superior Grill, and even places to check out like the Maple Street Book Shop. 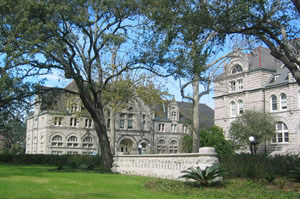 Now here’s what you really should do: follow Social Assurity! In fact, founder Alan Katzman will be coming to The Hudson School in Hoboken on April 17 to explain even more, including:

To register, use this link. 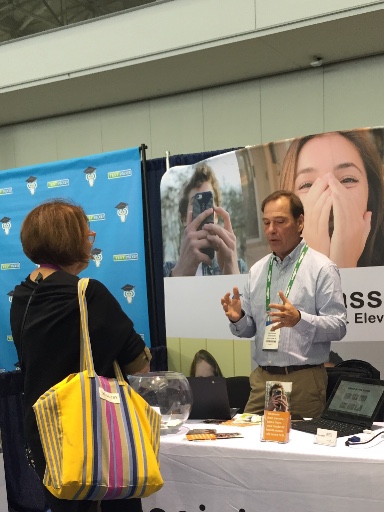 Fee Income
For the Class of 2021, Penn accepted 9.1% of its applicants. According to the Daily Pennsylvanian, Penn is making bank on application fees: $1,817,730 in the last admissions cycle. In the article, Dean of Admissions Eric Furda states that Penn’s $75 fee is based on a “consideration of the range of the application free prices among Penn’s peer institutions.” Furda explains that the fees go toward outreach and operational expenses and that 35-40% of applicants receive fee waivers. Stanford, which has an admission rate under 4.7%, leads elite colleges in revenue from application fees, collecting over $3.9 million last year from application fees.

Big Man on Campus: The Computer Scientist
According to an article in the Philadelphia Inquirer, computer science is sizzling hot. At Swarthmore, it’s the second most popular major after economics. Swarthmore continues to increase the size of its faculty to accommodate demand, and Bryn Mawr is integrating digital skills across the curriculum.

Together, Swarthmore, Haverford, Bryn Mawr and Penn make up the Quaker Consortium, a favorite of this college counselor. (For more about the consortium, see my article in Forbes.)

Another trend on campus is ethics pooled with computer science. Last week, the New York Times took a look at tech’s “dark side” and how elite colleges including Harvard, MIT, UT Austin, Cornell, NYU and Stanford are dealing with it. Knowing that in an era of machine learning, “computer algorithms . . could ultimately alter human society, universities are rushing to help students understand the potential consequences.” The article quotes Jeremy Weinstein, a political science professor at Stanford:  “The set of institutions that are generating the next generation of leaders in the technology sector have all got to get on this train.”

Stanford: at the heart of tech and ethics (and application fees)

By the time the 2022 Winter Olympics roll around, your student’s college future will likely be settled. Until then, be sure to email me with questions and concerns.

Social Media for College, Sweet Treats, Tulane
PREVIOUS POST
March Madness 2018 is heating up for college applicants!
NEXT POST
Help! My student will be applying to college in 2018!
To Blog

March Madness 2018 is heating up for college applicants!