Until recently, the media has focused on college applicants and their admissions decisions. With National College Decision Day behind us, we’re seeing more about the colleges themselves, including their financials, business models and attributes.

Colleges That Discount
Some students are taking their financial aid offers shopping, and colleges are deciding how to react, especially when a student seeks a reduction in tuition after the May 1 commitment date. In “Private Colleges See Record Discounting Amid Pressure from Cost-Conscious Families,” published this week in the Wall Street Journal, we learn that “nearly nine in 10 freshmen now get need- and merit-based grants from schools” and that “aid will likely cover more than 56% of tuition.” The Journal spoke with the president of Juniata College, who looks at each case individually. (He stated that the current discount rate is about 60 percent.)

Let’s make a deal at Juniata!

Furthermore, the Washington Post explained that This Trend Could Destabilize Some Private Colleges if it Continues. Elite colleges can draw from gifts and endowment, yet small colleges that want to “entice price-sensitive students to enroll” put themselves at some risk, “jeopardizing their revenue growth. . . But to lure top students away from competitors, colleges began offering more need-blind scholarships. And to ensure the scheme didn’t hurt their bottom lines, schools ratcheted up the sticker price to bring in enough net-tuition revenue to offset the discount. But that strategy in the face of declining enrollment and tuition revenue is giving some college administrators pause.” We’ll continue to see how colleges develop strategies for the future.

West Coast CollegesMore often than not, my students prefer staying in the Northeast. (They must not want to be too far from you parents?) In a recent column, Cristiana Quinn wrote about 10 Western Colleges Worth the Trip this Summer, arguing that “while many families know about Stanford, Berkeley, UCLA and USC, few realize that there are some top-notch smaller liberal arts colleges out West.” Quinn’s list included:

Over the last few years, my students have also shown interest in Chapman, which features innovative programs in its Dodge College of Film and Media Arts and College of Performing Arts. Check it out if you’re in Southern California. 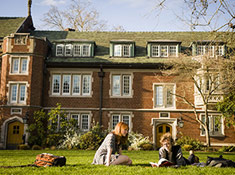 First-Choice CollegesBarring those seeking the most elite of colleges, students are indeed getting accepted by their top choices. According to a cappex.com blog post citing a UCLA study, some 93 percent of freshmen got into at least one of their top three choices. They also mentioned that 38 percent of students attended college within 50 miles from home. Parents: Get those meals ready!

Colleges that Want International StudentsInternational students add so much to the campus and community. But when a college scrutinizes standardized test scores, many students from abroad struggle, no matter how much effort they put in. Beginning in the fall, the ACT “will begin providing supports . . . to U.S. students who are English learners . . . to help ensure that the ACT scores earned by English learners accurately reflect what they’ve learned in school.” Students and counselors need to submit a request to the ACT system. If a test-taker is approved, he or she may receive additional time, a bilingual glossary, instructions in the native language, and a separate room to take the test.

I have had many discussions with students and families from other countries, particularly if their English language skills are still developing.When the students have very ambitious goals for college, we look at the guidelines for the particular college to see SAT, ACT and TOEFL thresholds.

Colleges that Want to Change the Transcript
Another consortium? The new Mastery Transcript Consortium is not a group of colleges sharing resources but rather a “collective of high schools organized around the development and dissemination of an alternative model of assessment, crediting and transcript generation.” Arguing that the transcript is a “broken tool,” the heavy hitters behind the initiative (e.g, Dalton, Spence) want to base transcripts on competency rather than performance in an academic subject.

As an article in Inside Higher Ed points out, this sounds like the virtual locker fostered by the Coalition for Access & Affordability, a group started by elite colleges as a Common App alternative. Where has that gone? It’s not that the transcript initiative doesn’t have merit, but it’s loaded with complexities and implementation hurdles that may prove insurmountable. I can’t wait to ask reps about it in the fall.

Colleges That Win at Finance
For its Class of 2021, Harvard accepted a mere 5.2 percent of applicants, who numbered nearly 40,000. Harvard, along with Penn and Columbia, sends the most graduates into the field of asset management. So it was with delight that I read “Sorry, Harvard and Yale: The Trading Whiz Kids are at Baruch College,” an article in the Wall Street Journal. Baruch, part of the City University of New York, is known for grooming business students who may not have the means or connections to go elite. According to the Journal, “Members of the Baruch Traders Club, which has about 50 students, attribute their success to practicing simulated trading ahead of competitions—combined with a steady stream of classes in subjects like multivariable calculus, options pricing, corporate finance and linear algebra.”

The yield at Harvard this spring was a record-high 84 percent, up from 2016. (In other words, 84 percent of those admitted to Harvard accepted.) But Baruch is still a winner. 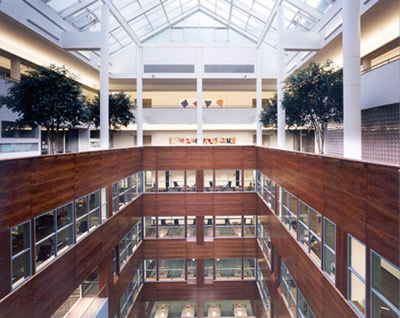 By the way, the article mentions that there are student investors who manage real money, notably at Lafayette College and the University of Delaware.

Testing Update
Last week, College Board and Khan Academy announced that their free prep accounted for a 115-point jump on scores if the student put in at least 20 hours. Of course, this statistic raises a number of issues. So I went to my test-prep source, Noodle Pros, for an opinion. Here are some points they shared.

By the way, today is the last day for late registration for the June 10 ACT, with the next test on September 9. Following the lead of College Board, the ACT will offer a summer administration in 2018.

There are only so many weeks left of school. Summer, the best time to finalize a college list and begin applications, isn’t far behind. Email me when your student is ready.

Get Online. College Applications are Live!

Parents: What Don’t You Know About College Applications?