Get Ready for February

What should a parent of a high school student expect in February? A continuation of what was going on in January! Hopefully, this unCommon post will keep you up-to-date with the college process.

Hot College (Locations)
Which small-to-medium sized city, also a college town, tops the list of 100 Best Places to Live published by livability.com? Taking top honors was . . . Ann Arbor, MI, home to University of Michigan. Also among the top ten are Charlottesville (5), home of UVA, and Madison, WI (7), the lakeside location of the University of Wisconsin’s flagship.

Applications
While seniors are pleased to have the Common App behind them, juniors will become very familiar with the essay portion well before it’s time to apply. We’ve learned that the Common App essay prompts will remain unchanged for the next application cycle. If you’re the parent of a junior, be sure that your student makes the Personal Essay an action item for the summer. By the fall, there’s simply too much going on!

There’s always time to read a good essay, right? This week, the Wall Street Journal reported that “Some Elite Colleges Review an Application in 8 Minutes (or Less).” Citing prominent institutions such as Penn, Georgia Tech, Bucknell and Swarthmore, Melissa Korn explains that the move from an individual to a team-based approach cuts down time per application (no kidding), allowing colleges to get through record-breaking volumes of apps. Reports Korn: “Readers at Bucknell, which gets more than 10,000 applications, used to take 12 to 15 minutes to review each application. Now a team of two is done in six to eight minutes.”  Meanwhile, Georgia Tech, “in up to 12 teams of two, now plows through about 500 applications a day.” 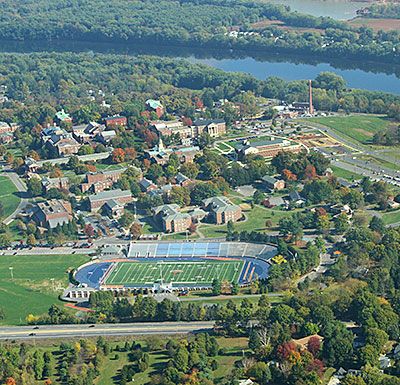 A team of two reviews a Bucknell app in six to eight minutes.

Here’s how it works:

“The officer in charge of a particular region, referred to as the driver in the process, opens a file online and describes the applicant’s school to his or her partner, the passenger. The driver looks over an applicant’s academic transcript and test scores, while the passenger takes on counselor recommendations, essays and extracurricular activities. They make a decision after eight to 10 minutes: admit, deny, waitlist. In about 85% of the cases, the application isn’t reviewed again.”

We can’t change the process. We can’t reduce the volume. So what’s a parent to do? Be sure your student has options and that he receives the best advice possible about how to tackle his favorite colleges’ apps.

Last weekend, prospective Terrapins heard from Maryland admissions. Maryland, as reported in the Washington Post, likes to tell applicants that it makes decisions around 26 factors, which are listed on its website. But according to the Post, “The university says these factors are ‘flexibly applied,’ but the most important are course rigor, student performance, academic GPA and test scores. (U-Md. says it does not consider whether applicants have family who are alumni.)”

Maryland is a highly selective flagship, with a 48% overall admit rate. The most selective include UC-Berkeley, UNC Chapel Hill, Michigan and the beautiful UVA. Remember that the admit rates for these top public research universities are even lower for out-of-state students, so plan accordingly. 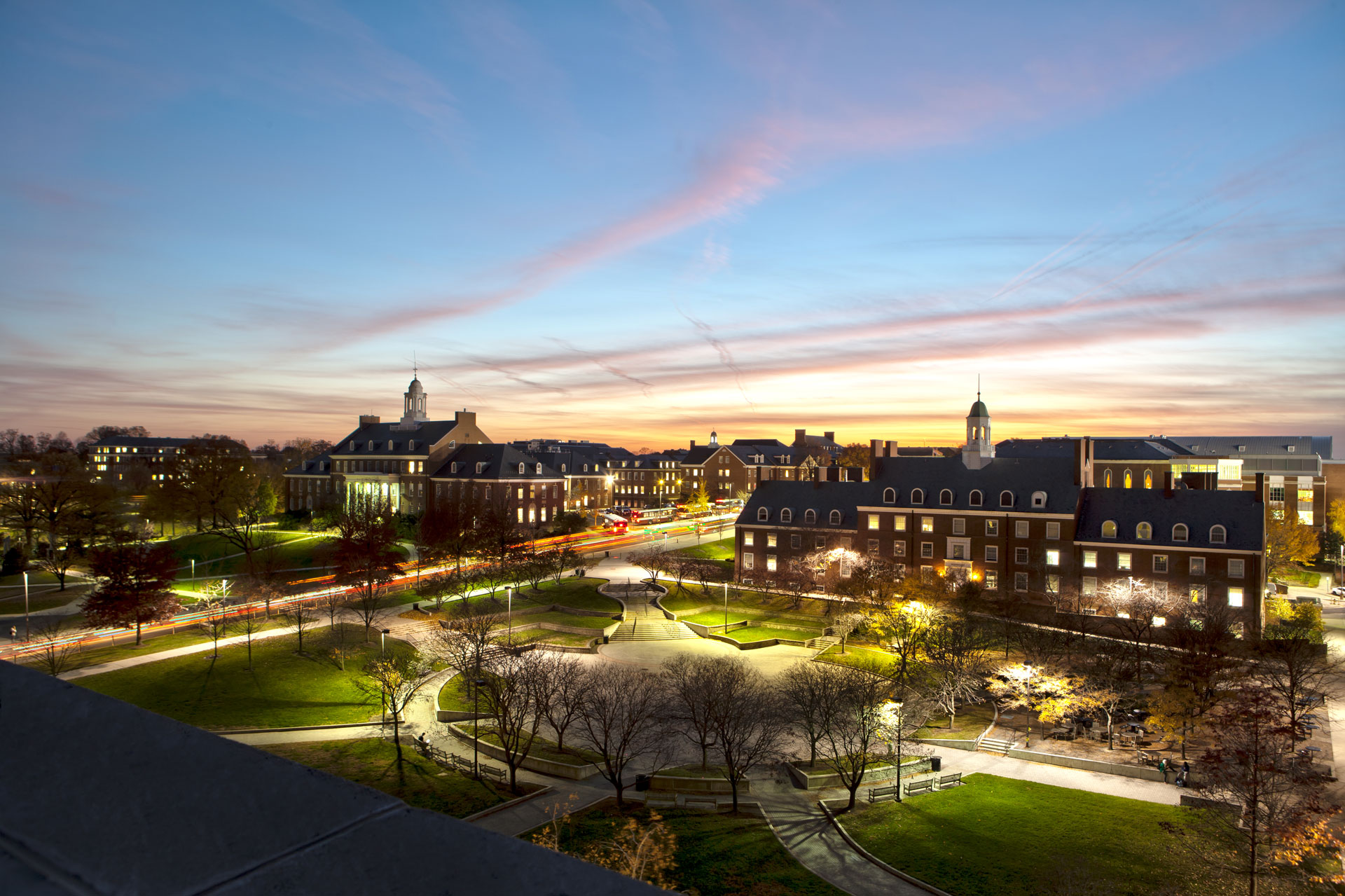 Maryland hypes 26 factors but may like some better than others.

Can a new way of assessing high school students extend to college admissions? Inside Higher Ed took a look in its “New Bid to Overhaul College Admissions.” Some states are considering or moving to performance-based assessments that look at “synthesis of skills rather than showing some level of competency in academic subjects.” We’re told, “Proponents of the new system are creating a series of task forces to determine how the various high school assessments could be better understood by colleges so that they could have the credibility of, say, an Advanced Placement course.” The jury is definitely out.

The Cost of College
Speaking of saving money, the New York Times explains “Why It’s so Hard to Calculate What You’ll Pay for College.” Author Ron Lieber defines merit aid as “a form of discounting that has little to do with your finances.”

For his article, Lieber visited four exclusive women’s colleges: Mount Holyoke, Smith, Simmons and Wellesley. While offering generous financial aid, Wellesley is the only college in that group to not provide merit-based assistance. Smith, in contrast, offers merit aid to 10 percent of the student body, notably through $10,000 Presidential Scholarships, though it would not reveal much to Lieber about who receives these awards. Lieber concludes, “I believe I speak for most families and applicants when I say this: It should not be this hard to get basic information about what kind of discounts you might get from a school.”

Wellesley offers substantial financial aid but not merit aid.
Super Bowl LII
What a story about Brunonian James Develin, now a fullback on the (sorry, NJ) New England Patriots. Sports Illustrated profiled the engineering major in “James Develin’s Outcast-to-Super Bowl Story.” Along his interesting path to the top, Develin was fortunate enough to meet some big names in football, secure an agent, and go with his gut. What a win for Develin and Brown football! 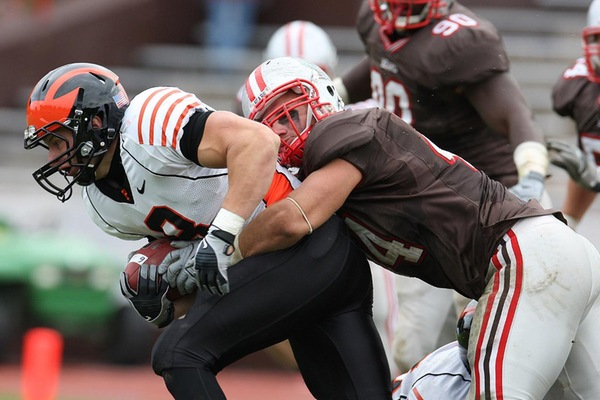 Develin: Brown engineer on the Pats

In December, the Philadelphia Eagles’ fan base was devastated when star quarterback Carson Wentz tore his ACL. Now, Nick Foles is looking to dethrone the Patriots on Sunday. Foles attended Michigan State for a year before transferring to the University of Arizona, which would have made him a teammate of big man Rob Gronkowski, the Patriots’ star tight end. Gronk’s major was pre-business, while Foles graduated with a degree in communications.

Both Foles and Gronk were Wildcats.

Follow @unCommon Apps to stay informed. Be sure to email me with questions and concerns.

PREVIOUS POST
What’s Going on Now in the College Process?
NEXT POST
It’s a Matter of Money (and Maybe Location, Too)!
To Blog

Early Decision week is over. Now what?

It’s a Matter of Money (and Maybe Location, Too)!