We’re getting close. Within two weeks, certainly by the time March Madness concludes, seniors will have received the bulk of their admissions decisions. Juniors who took the March 11 SAT will soon find out their test scores, while others await the April 8 ACT. Here are some other noteworthy developments on the college front.

In her column this week, college advisor Cristiana Quinn addressed a very popular question:  Why do some students get in and others don’t when their scores and grades are similar? As Quinn mentions, some factors parents may not consider (or are not aware of) include: desired mix of gender, race, or ethnicity; teacher and counselor recommendations; targets for particular majors; and whatever attracts the admissions officer’s attention. Says Quinn, who is likely celebrating today, “Since admissions committee members vary from year to year, and a college’s values can shift, there is no predicting what will attract their attention on decision day.”

The Luck of the Irish

Area sportscasters were abuzz this week after Princeton made the NCAA Tournament. Unfortunately, the luck of the Fighting Irish resulted in a two-point victory yesterday, 60-58. The Tigers’ tale is over until next year.

Will applicants to Notre Dame fare as well? In 2016, the most recent year for which data is available, ND admitted 18.7 percent. Unlike many popular universities, the ratio of men to women was 54:46. (Usually women outnumber men.) Moreover, 45 percent of accepted students were captains of a varsity sport.

Those who waited to file for financial aid using FAFSA may not have the luck of the Irish. The reason? A data retrieval tool which applicants can use to download IRS information is temporarily unavailable, supposedly the result of security concerns. The NY Times points out that forms completed without the data tool may be subject to a verification process that could slow the process. The most important takeaways that apply to anyone looking for aid:

In a column in Inside Higher Ed, Peter Farrell writes that the earlier availability of FAFSA has thrown college enrollment professionals for a loop. Farrell explains that FAFSA volume has “traditionally been a strong indicator of student intent.” He warns enrollment managers, “You will need to think carefully about how much weight you’re ascribing to the FAFSA in your predictions [of enrollment volume] this year. Other factors, such as campus visits and your track record with a student’s high school, are likely to be more stable indicators this year.”

This week, Nerd Wallet, a financial planning website, examined the cost of applying to college. The bottom line (sort of): Applying to college will cost a student about $678.25. Here’s how they did the calculation:

Of course, that’s just an average that may not apply to your student. Many students apply to far more than eight colleges, and fortunately, waivers are available for demonstrated need.

Last week, the University of Washington recognized a $50 million gift by renaming its computer science school. The Paul G. Allen School of Computer Science & Engineering will be backed by a $40 million from Mr. Allen and another $10 million from Microsoft. (Billionaire Allen co-founded Microsoft with Bill Gates. He also owns the Seattle Seahawks, worth $2.2 billion.) 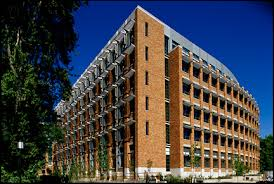 Paul Allen gives back to his alma mater.

When we hear computer science, we often think coding. But when it comes to computer science education, a certain Southern California gem is leading the pack: Harvey Mudd. “At HMC, the computer-science program is so strong that elite STEM-focused schools have taken note,” reports Business Insider. Rather than the typical focus on programming, Mudders learn software development, artificial intelligence (AI), and logic in their introductory course. There are also two levels of the introductory course to keep more experienced students from dominating the conversation. (We like that!) This year, the majority of computer science majors at HMC were women. (The article points out that 84 percent of CS grads nationally are men.)

Harvey Mudd: at the forefront of computer science education

Here’s an interesting piece of cocktail-party trivia: Who is the highest paid college president? It’s not the president of Harvard or Princeton . . . but rather that of Savannah College of Art and Design (SCAD). According to an article in the Wall Street Journal, Paula Wallace earned $9.6 million in 2014. Ms. Wallace actually founded the college with her family. SCAD now has campuses in Hong Kong and France. 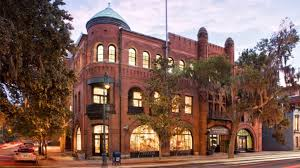