Around the country, college students have moved in. (Barack and Michelle moved Malia into Harvard during the eclipse, the day before her fellow freshmen arrived.) As you watched your student go back to school, were you thinking about what lies ahead?

Test Dates and Timing
Students’ summers improved with the introduction of an August SAT date. Test-takers should see results on September 18. The next SAT is Saturday, October 7; late registration ends September 27.

There will be another ACT on October 28. Register by September 22.

The PSAT will be administered on Wednesday, October 11.

Watch those Deadlines!
Seniors taking the SAT or ACT in the fall need to pay close attention to target colleges’ deadlines. At the University of Maryland, for example, it’s desirable to apply by the November 1, 2017, priority date. If an applicant’s file is missing a test result, that applicant loses priority status and winds up in the regular decision pool.

The Future of Testing
Will testing go digital? College Board recently announced plans to expand the availability of a digital SAT in Spring 2018. Understand that this administration is conducted for schools and districts that use the SAT as a proficiency exam, not a college entrance exam. Still, we assume that it’s only a matter of time before it all catches up. But will students have the best experience?

Many hard-core academics agree that a component of test success comes from marking up the test booklet. That’s why I’ve had discussions with testing experts at Noodle Pros about the issues associated with digitizing standardized tests. According to Brendan Mernin, 28-year tutor and Noodle Pros’ Director of Outreach, “No matter what spin they put on it, testing services’ drive to move from paper-and-pencil testing to a digital format is primarily motivated by concerns about test security. A digital SAT may or may not help students, schools, parents, teachers, or universities. But it will definitely help keep test items secure.”

In an article in Education Week article, Cyndie Schmeiser, assistant to College Board CEO David Coleman, said that there were no plans to eliminate a paper-and-pencil version. Yet she also stated, “When we offer the SAT—on paper or digital—student scores will be comparable irrespective of the mode or the way they took it.” Another source from outside CB remarked, “Students would prefer to take tests online,” he said. “They live in a digital world.”

Size and strategy. Recently, Inside Higher Ed asked: “Can Dartmouth Grow and Still Stay Small?’ Dartmouth is the smallest Ivy (which is just a sports conference, not the objective for your child), with about 4,300 undergraduates. While it faces an operating loss, yield is up, meaning more students accepted offers of admission. The faculty size is up as well. What to do? A task force is contemplating increasing the number of undergrads by between 10 and 25 percent, which some argue would negatively affect Big Green’s identity.

Dartmouth was among my stops this summer.

esports. Maybe they’re something you do when you should be working. Or perhaps you partake in anticipation of Sunday’s big game. But who would’ve thought that esports would take the stage at major universities?

Enter Miami University (Oxford, OH). This popular university actually has its own varsity esports team which, according to an article in Education Dive, has a big-time following! (A game last year drew a larger audience than three major sports combined over the course of an entire season!) Interestingly, colleges are examining where to house an esports team; at Miami it’s part of the Armstrong Institute for Integrated Media Studies. Some are offering scholarships to “athletes” and may see it has a way of attracting international students.

The model at Miami is not only futuristic, but it’s also fun! But does it mean no more sitting in the stands on a chilly, autumn day?

Food Options. Yes, students are seriously weighing food options in their college decision, according to an article in the Wall Street Journal. Colleges doing their best to ensure student brain growth with natural ingredients include the University of Texas at Austin, U Mass Amherst, Rice and CU Boulder, while students are working the land at William & Mary and Yale. (At Yale, “… students thresh wheat to lend context to readings of Anna Karenina and grind grain into a flatbread dough made from a recipe in Yale’s Beinecke Rare Book & Manuscript Library.”) According to the article, the head of dining services at Virginia Tech actually selected free-trade coffee beans on a trip Nicaragua. 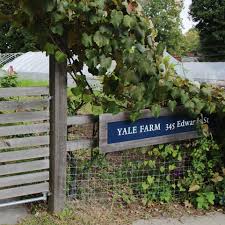 The University of Richmond is a hot commodity in New Jersey. Students tell me they like the look and feel of the campus. I like the curriculum, particularly the integration of liberal arts with the Robins School of Business and the Jepson School of Leadership Studies. 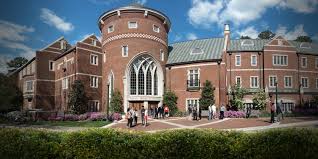 Rankings should not be the basis of your student’s college plan. After all, a college that has the right curriculum and wants your student is better than a college that turns up high on a list. But with international universities continuing to make advances—and more U.S. students going abroad—it was interesting to read “U.S. Colleges Slip in Global Rankings” in last week’s Wall Street Journal. Though the United States still dominates the list, it has lost ground to the United Kingdom and China. The great Oxford and Cambridge hold the top two spots in the 2018 Times Higher Education World University Rankings.

The Coalition App: Not the Best Look and Feel

For all the time they had to launch, you would think the Coalition App would’ve come out sparkling. But from what I’ve seen, it’s a poor runner-up to the Common App. Students must self-report data before being allowed to open a supplement. It’s not visually pleasing. But my biggest issue is the 500-word cap on the essay, which really doesn’t challenge budding writers nor allow experienced writers the opportunity to elaborate on their story in any great detail.

Exclusively on Coalition App are large state universities such as Rutgers, Maryland, Penn State, Virginia Tech and Pitt. I advise students who are also applying to Common App schools to write a 650-word essay first and edit it for the Coalition.

Does your student have a college interview? Get in touch with me for interview prep, or use my new primer, Mastering the College Interview, now available on iBooks. I urge any student with an upcoming interview to come see me for a pre-game warmup.

Will your college process be stress-free? It’s unlikely. But unCommon Apps will continue to keep you informed and provide assistance when needed. Be sure to email me with questions and concerns.

college apps, college interviews, Testing
PREVIOUS POST
It’s a Matter of Money (and Maybe Location, Too)!
NEXT POST
This application season, I’m asking my students to create a ZeeMee.
To Blog

Get Online. College Applications are Live!

The College Essay: Do It While It’s Hot!